For something that is mostly associated with luxury, suicide doors sure have a morbid name.

In fact, the moniker is so unpleasant sounding enough that you’ll never hear carmakers actually refer to the backward swinging doors by that name.

Instead, they tend to be more formally referred to as “couch” doors.

So, what are suicide doors, and why do we call them by such a dreary name? Let’s find out.

What is a Suicide Door?

Despite the name, suicide doors, have nothing to do with death.

They simply refer to car doors with hinges built at the rear so that the door opens towards the back of the car rather than the front.

Where did suicide doors come from?

Actually, rear-hinged doors are older than the automobile.

They were standard in horse-drawn carriages, and considering early cars were heavily modeled after those carriages, it makes total sense that they were also once common on motor vehicles.

Basically, suicide doors make it easier to get in and out of the car.

Because they are rear-hinged and can’t get in the way of the front-hinged doors at the front of the car, they can open wider, giving you more space to navigate through when entering and exiting the rear seats of the car.

Plus, when you swing your legs into the car, you don’t have to worry about hitting the door—it’s behind you.

Where did the name “Suicide Doors” come from?

With such an ominous name, it’s no surprise that many people wonder exactly why they are called suicide doors.

Unfortunately, the origins of the name aren’t known for sure, but there are common thoughts.

The general theme behind the theories is that suicide doors are so named because of the dangers associated with them.

For example, suicide doors might be able to catch the wind and be forced open, making it very easy for passengers to fall out. Essentially, you were suicidal to ride by the suicide door as it could fling open at any time.

We’ll get into the safety of suicide doors, but just know that basically, they get their name because they are thought to be less safe than the now standard front-hinged doors.

Although many cars have different types of doors that open differently than standard doors, suicide doors are pretty rare nowadays.

Many pickup trucks with extended cabs have rear-hinged doors to make it easier to get in and out of the back seats. However, these don’t tend to be considered classic suicide doors, because they cannot open until the front doors are opened.

These days, suicide doors tend to be reserved for cars that are more likely to be driven around by a chauffeur.

You can find suicide doors on some luxury vehicles, mostly from Rolls-Royce.

In fact, of the cars in production in 2022, only Rolls-Royce’s Cullinan, Ghost, and Phantom models featured suicide doors. Safe to say, most of us aren’t driving around in these $300,000 (or more) cars.

Also, if you happen to be browsing through the floor of a big auto show, you might see some prototype cars featuring suicide doors. They are popular in concept, but rarely actually make production.

Well, as stated earlier, suicide doors likely get their name because they have widely been considered unsafe, or at least not as safe as front-hinged doors.

Safety concerns around suicide doors include the following:

Now, are these safety concerns valid? Better latches, and of course seatbelts, have pretty much negated any worry about doors swinging open and passengers falling out. Hitting pedestrians when opening the door is a concern for any door, and as for getting crushed when a car hits the door, you might be more concerned about the passing car hitting you.

Side airbags and stronger chassis remove a lot of the safety concerns related to the lack of a B-pillar. However, it’s likely always going to be the case that a B-pillar is going to be a little safer than none.

All this to say that if you happen to be sitting in the back of a car with a suicide door.

In fact, chances are you are riding in a Rolls-Royce. Sit back, bask in the luxury, and enjoy the ride. 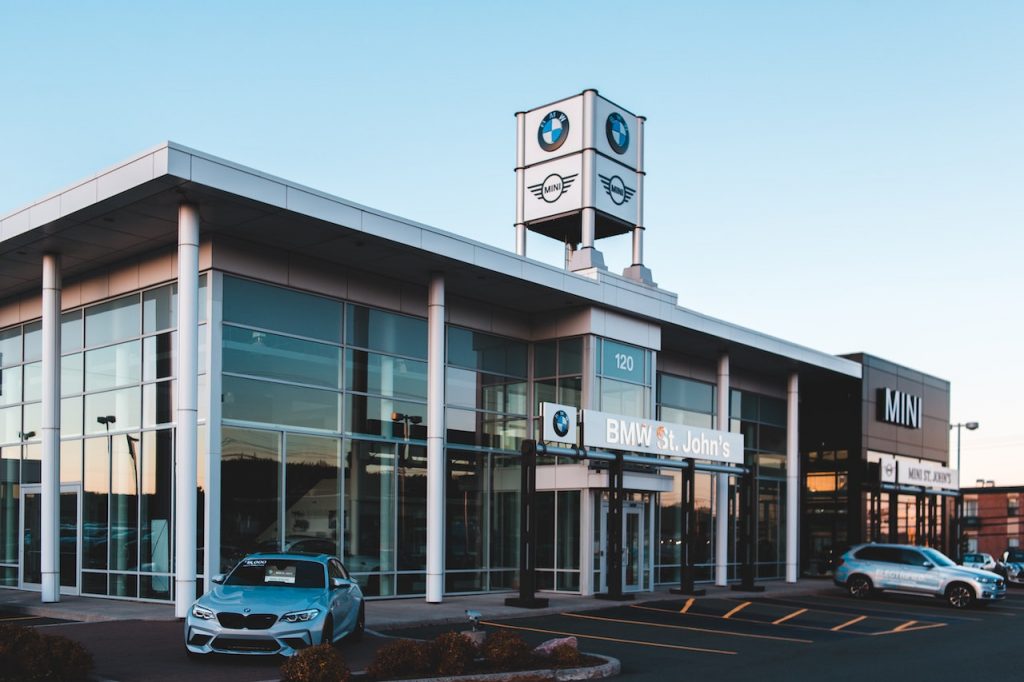